Finding new songs for my foreign-language repertoire always involves a lot of musical archaeology. It’s definitely very enjoyable. It’s like stepping into a dark, mysterious castle with only a spotlight at hand, never knowing what you’ll find. That was how I came across O Barquinho (Little Boat) from 1961. It’s a very playful and cute Bossa nova song about a boat sailing along on a calm summer day as the evening falls.

I had only recently discovered the American vocalist Karrin Allyson through a search for interpretations of the French chanson Sous le Ciel de Paris, which I was adding to my French repertoire. Her version of this 1951 classic from the French film bears the same title. It’s from one of her early albums, From Rio to Paris. I love her very grounded voice and her elegant intonation – despite finding her interpretation a little dry or even humourless. She frequently spikes her songs with very delightful and short, not endless, self-indulged scatting sequences.

So, while enjoying a cooking session in my kitchen, I flipped through the other songs in French and Portuguese. I immediately took to her very cute and enticing version of O Barquinho, sung in both beautifully phrased Portuguese and English. Later, I understood why The New York Times, had called her a “no-frills singer with a feline touch and impeccable intonation, […] is an interpreter who cuts to the chase, but with minimal psychodrama.”

I have now been performing O Barquinho after learning the Portuguese lyrics for a couple of weeks now. In its lightheartedness and cheerfulness, it very much reminds me of tunes like Summer Samba (also known as So Nice and in Portuguese Samba de Verão). So Nice is a song I also enjoy singing because of its cheerful bounciness. It was written in 1964 by the Brazilian composer Marcos Valle, with English lyrics by the American lyricist Norman Gimbel and original Portuguese lyrics by the composer’s brother, Paulo Sérgio Valle.

O Barquinho was written three years earlier and also has very buoyant lyrics. Its rhythmical temperament makes it a very typical bossa nova song.[2] When playing these kinds of songs live, it is crucial for the right tempo to be counted off. If it’s too slow it will lose it’s lightheartedness and cheeriness. When only a bit too fast, it’s like singing the title melody to a breath taking car-chase. Another element of course, is the groove itself. While So Nice is a Samba and O Barquinho is a Bossa nova, Brazilian jazz tunes like these have in general their very own rhythmic feeling – like the Bossa nova composer Carlos Lyra, described  in reference to one of his own songs, Influência do Jazz. He said that overall, the rhythm has a “swaying” feel rather than the “swinging” feel of jazz. The samba rhythm moves “side to side” while jazz moves “front to back”.[3]

This swaying notion lends itself of course perfectly to the topic of the sea. Indeed, Roberto Menescal used references to the sea in many of his songs – like in O Barquinho. Roberto Menescal was born on October 25, 1937 and is a Brazilian composer, producer, guitarist/vocalist and important to the founding of bossa nova.
The idea for the song came when Menescal, Ronaldo Bôscoli (another composer), and some other friends were in a boat just off the coast of Cabo Frio, a city near Rio de Janeiro, when suddenly the boat had problems and the motor broke down. To pass the time, Menescal started playing the guitar and making up a tune. By the time another boat came and rescued them, he had created the main parts of the song. He and Ronaldo Bôscoli completed it the next day. The English version, My Little Boat was written by the songwriter, musician and producer Buddy Kaye in May 1967.

The topic for the song was obviously already present but the Portuguese children’s song, that carries the same title, O Barquinho may have also influenced him. You can read the Portuguese lyrics and an English translation here.

O Barquinho was first recorded in 1961 by the guitarist João Gilberto. A year later, in 1962, it was recorded by the American guitarist Charlie Bryd – and many times since then. That year, the American entertainment magazine Billboard – also known for its music charts, including the Billboard Hot 100 and Billboard 200 – listed Charlie Byrd’s recording of O Barquinho in the column of singles with “strong sales potential”. Indeed, it was to become one of Menescal’s most famous songs.

And here’s João Gilberto’s version from 1961:

Listen to O Barquinho and other beautiful Samba and Bossa Nova Songs here:

~ For some more insight into this music genre check out the book “Brazilian Jive: From Samba to Bossa and Rap” by David Treece, professor of Brazilian studies, author, and founder of the Centre for the Study of Brazilian Culture and Society.

~ Watch the documentary film “Coisa Mais Linda: Histórias e Casos da Bossa Nova“ (This is Bossa Nova: The History and Stories) released in 2005: Menescal and fellow trailblazing composer Carlos Lyra tells the stories of the people, places, and performances that put Brazilian music on the international music scene in the early 1960s, culminating in a 1962 performance at Carnegie Hall in New York. 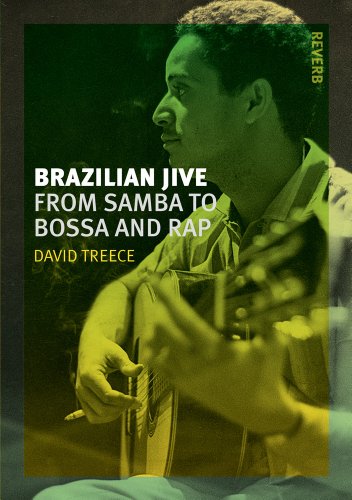 Here’s one of my Brazilian tracks, Aganjú, from my album Ipanema Lounge. It was written by Antônio Carlos Santos de Freitas (Carlinhos Brown) [EMI Blackwood Music Inc.]. My recording features a dear friend and fellow musician,  Robert Kyle on alto flute, tenor & soprano saxophone, who is also responsible for the arrangement at the beginning of the track:

I am very excited to announce that we have almost finished recording a new 12-song world jazz album called “Ipanema Lounge”. The songs range from dramatic and emotional, melancholic, to up-tempo, fun and groovy. Atmospherically, the recordings create a blend of Southern European sounding music and Latin jazz – I have not only sung in English but also in French, Spanish and Portuguese.

Co-produced with the guitarist, arranger, composer and producer Greg Porée, I feel very fortunate that we have been able to attract not only the best musicians in Los Angeles but also a great diversity. Please look at a list of the credits down below. We are hoping to have the album mixed and completed as a physical CD by the end of May 2015. I will be presenting the demo album at the internationally attended Jazzahead conference in Bremen, Germany this April 2015 to gain some support with booking, management and promotion.

Ipanema Lounge has grown as a project in an interesting way over the last few months. The project evolved from being a tribute to Antônio Carlos Jobim to becoming a repertoire of very unique and interesting, international songs. Originally, Greg Porée and I were seeking for some music that would allow us to perform together. Greg’s music is instrumental and guitar-oriented and mine is more piano based and rarely features the guitar. So I started searching for songs that would not only feature both the voice and the classical guitar but also represent some kind of special theme.

Suddenly I found myself emerged in a lot of music in foreign languages. For reasons I cannot explain, I felt very connected to songs in these romance languages, to their different sounds and colourings. This suddenly – being the word and language lover I am – became another new and exciting avenue to explore. One of the best compliments I recently received after one of our shows was someone saying that she had felt transported to all these different countries, as if she had just been on holiday.

Some of these songs were new discoveries but others I have been cherishing now for quite a long time. Like “La Puerta”, one of my all time favourite ballads. It was originally written by the Mexican songwriter Luis Demetrio (1931-2007) and made popular in Europe by the Dutch singer Laura Fygi. I later discovered that Demetrio co-wrote another favourite song of mine, “Sway” with the bandleader Pablo Beltran Ruiz (1915-2008) which is also on the album, half in English and half in Spanish. The English lyrics are by Norman Gimbel who became famous through his English lyrics of “The Girl From Ipanema”, an Antônio Carlos Jobim song I also sometimes sing live.

Greg Porée, who has worked for countless international artists, was also the lead guitarist in the orchestra of the BBC hit show Dancing with the Stars for eight years. The repertoire ranged from rap to classical. Greg’s spectrum of musicality therefore stems from so many areas. Live and on these recordings he delivers not only the harmonious tones of the classical guitar but also the inventive arrangements and creative grooves that make the recordings so unique. Our recording of the famous Jobim song, Waters of March stands in a way for Greg’s inventiveness. By creating a harp-like arpeggiated guitar figure, the notion of a flowing river was created.

I am a jazz vocalist with a background in pop, electronica and nujazz. It was therefore natural for both Greg and me to applied a creative fusion-approach with soul and pop influences to the songs. The infectious grooves on the fun and up-tempo songs, like Sway and Aganjú, are typical for Latin jazz and is very much coined by our drummer and percussionist. This world-jazz approach has already garnered us in Los Angeles a loyal audience of both jazz enthusiasts and those who have never considered themselves jazz fans.

The Ipanema Lounge project gives you the sweet sounds of Brazilian music that are sure to please. ~ Paul Anderson, KJAZZ 91.5

Happy #poetryfriday! The first time I visited the

🌕 Tonight will be the last SUPER MOON of the ye

Why do I love singing in French so much? My emotio

✍️What inspires you to write? Do certain envir

🤓 Odd picture, I know! But I just had to mark m

🌹 Happy Saturday! This picture of the Eiffel To